Silent Comedy on the road

Yes! We're on the road…….After a long period of testing we are on the road with a great new concept, Silent Comedy. This joint venture between Diligentita Theatre , SENF and Silent Disco is an evening where 2 plays happening at the same time on stage. Audience can choose between these plays with their wireless headphones and in some sitiuations the plays are "connected " with each other, giving the whole play a different angle!
Office Broomer did all programming and automation for audio, video, scripts and routings. One of the first gigs I made a small video to give you an impression. Hope to see you around in one of the theatres ! Check it out on www.silentcomedy.nl

A try out with Koloraro. Here we opened a cinema in the south of The Netherlands. Koloraro is a work-in-progress with painter Geoffrey Wine and Barney Broomer.

After 20 years I'll be joining Eric Denz da Denz back on stage for a reunion concert from Denz da Denz Soundsytem in Rotterdam. At the Soundsytem I'll do the mix and sample live artists on stage. And yes, I wanted my old Allen and Heath setup on stage! So, we fixed the old gear, put some new faders in and hit the road again ! ANALOG RULES 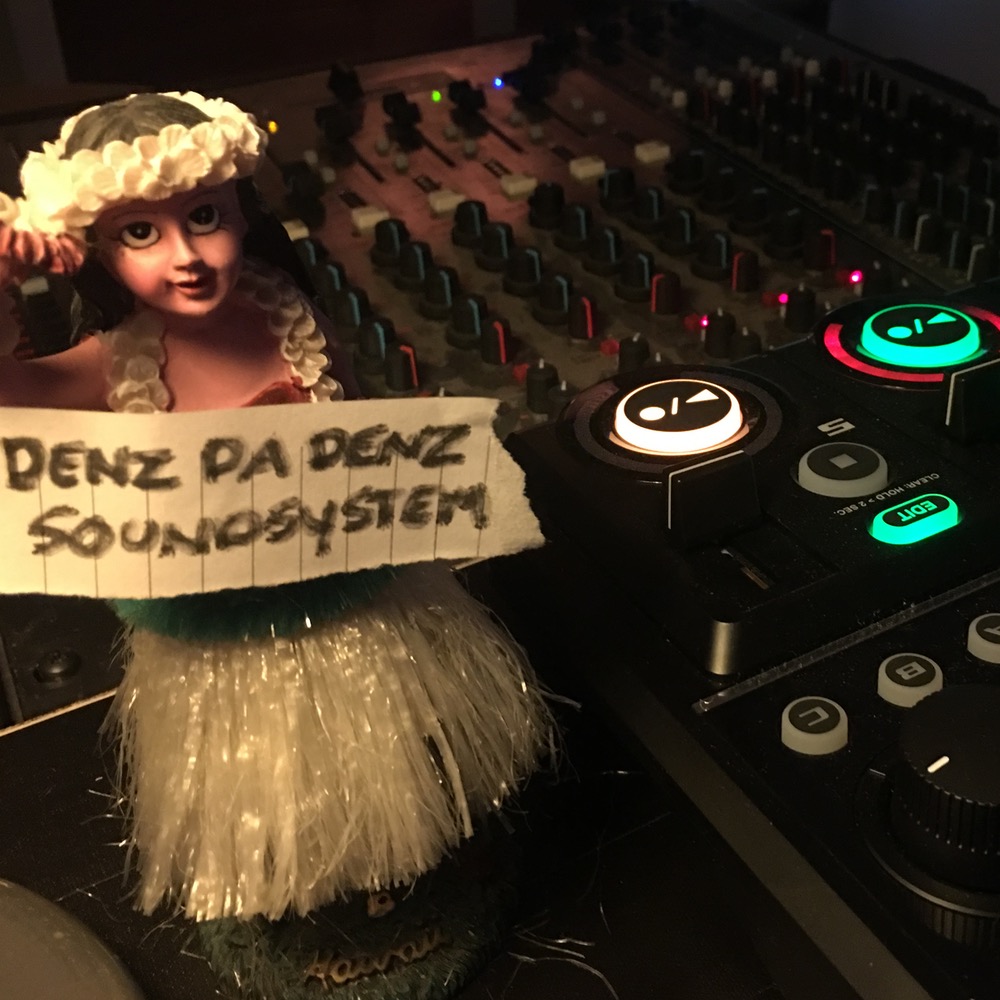 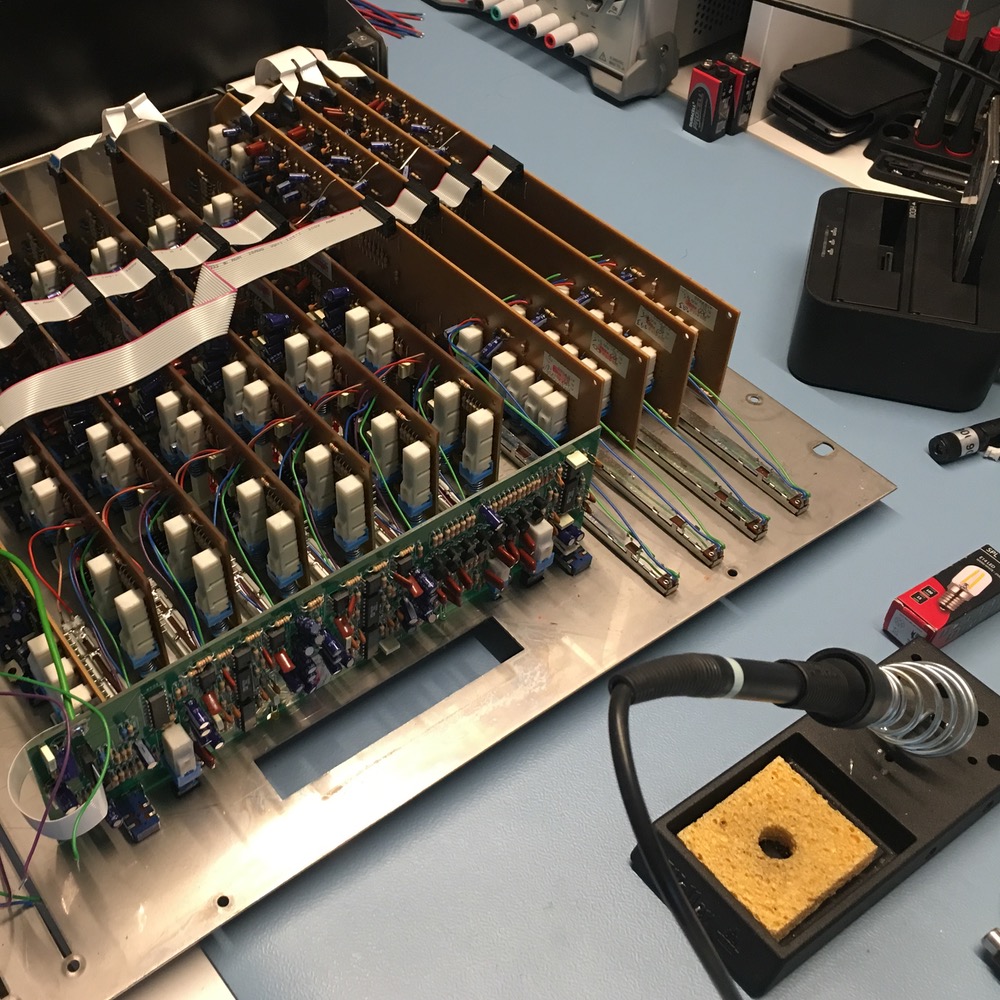 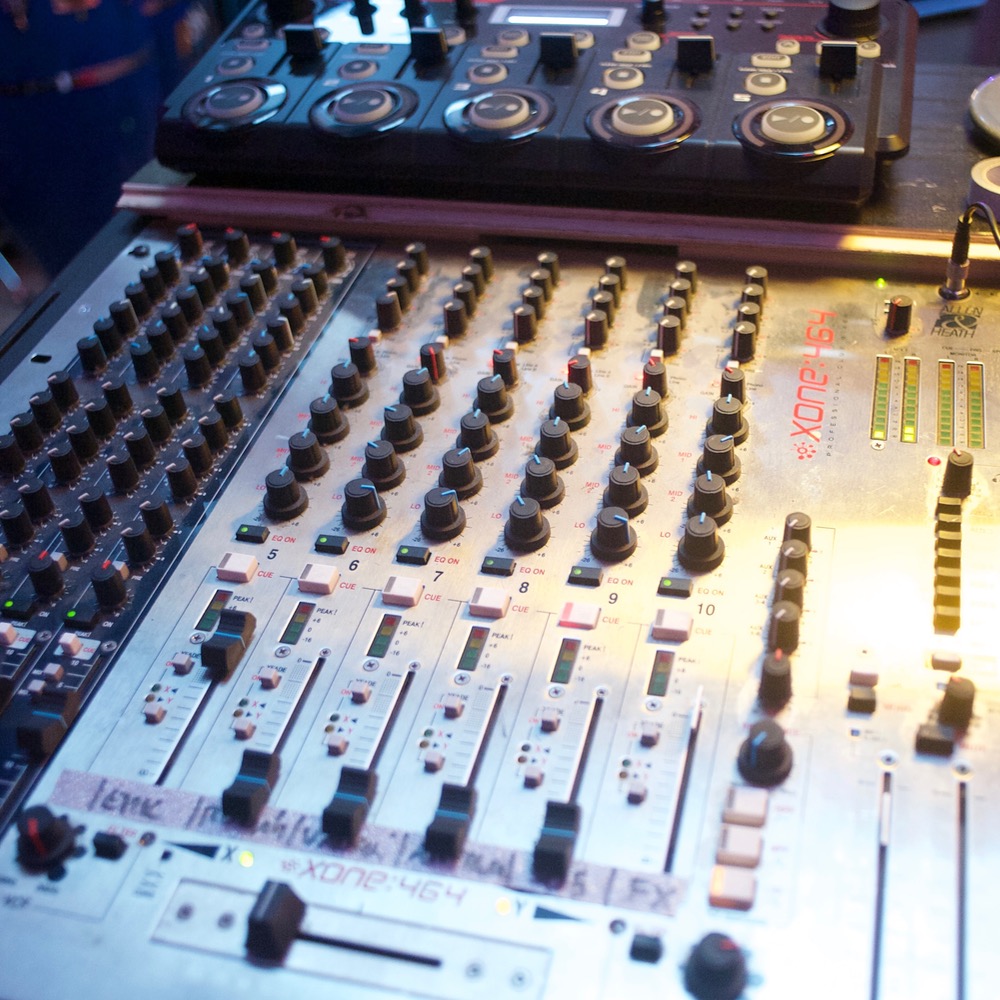 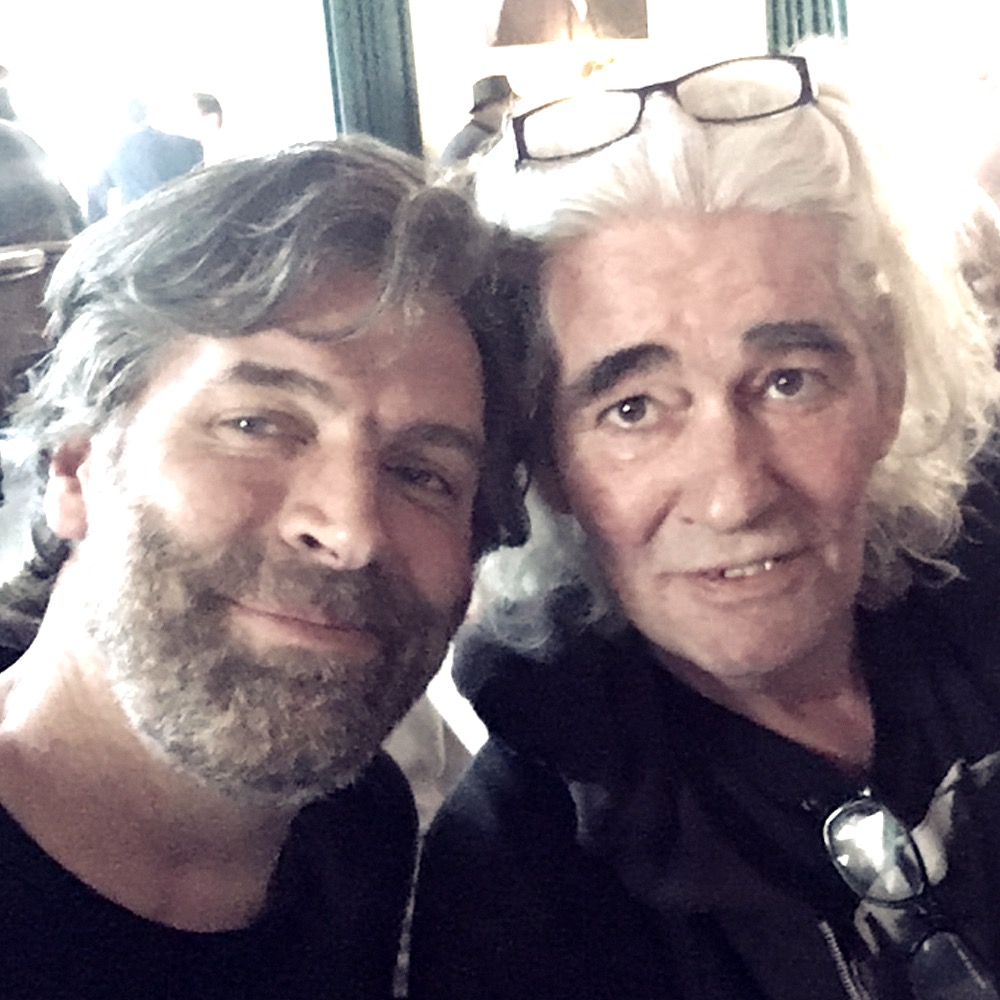 For Koloraro International we print with Tiny Factory a massive stage design to hold all the spray cans and build in lights. Project will be on the road at the end of this year. 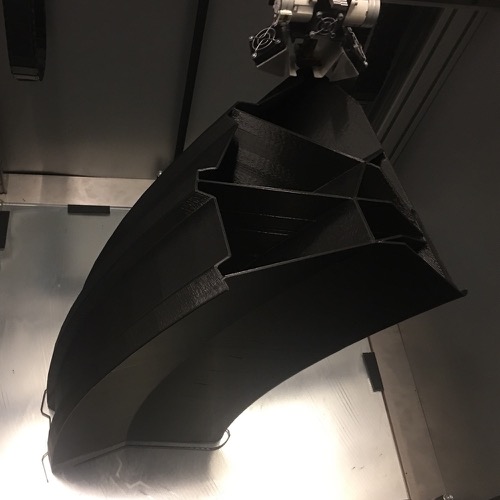 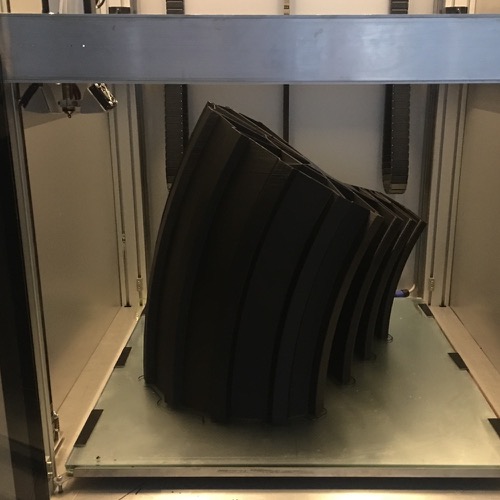 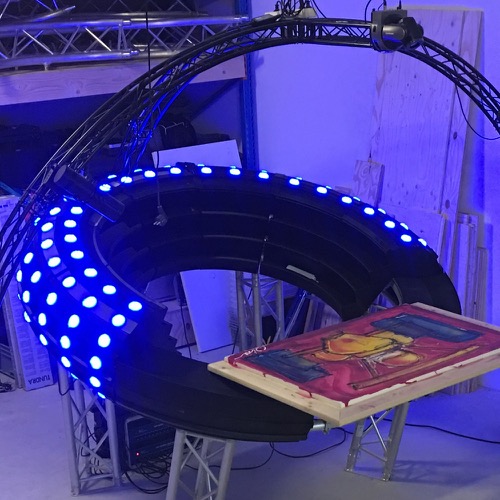 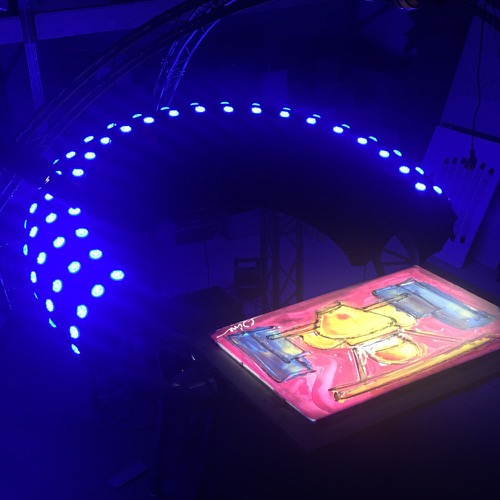 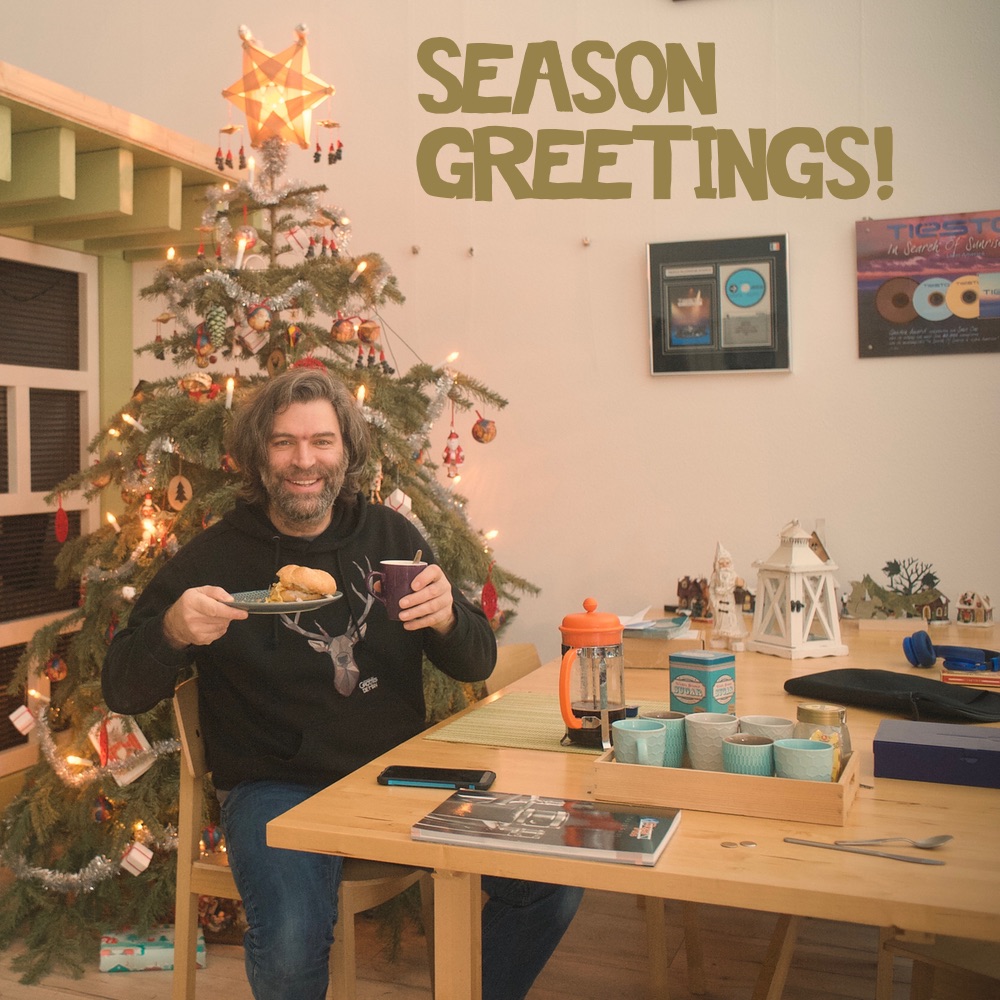 Upgraded the R&D at Office Broomer. A proper place to work on new nifty electronic inventions. The trick is now to go home every day 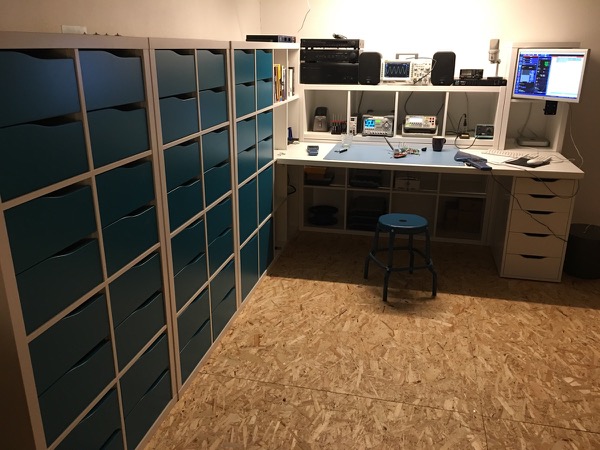 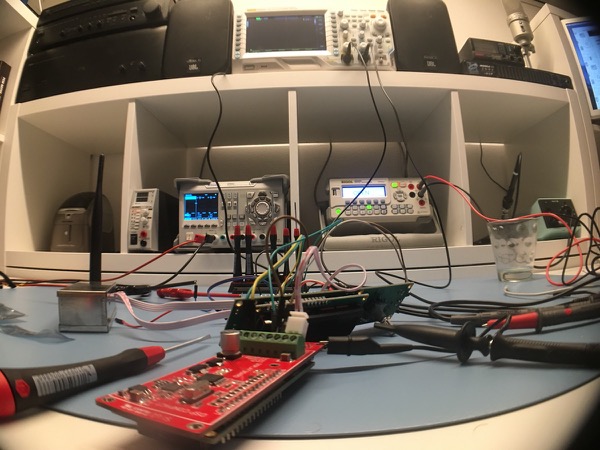 After last year's succes of the Rockhand during the Lowlands 16 festival, we have developed with in-house company's SuperDynaLite an Tiny Factory the first wearable, rechargeable light show exclusively for Silent Disco International.
This mobile device, called the Light Beacon, will be mounted on top of their wireless headphones and is remote controllable by any art-net capable light desk. It got synchronised strobes, 24 bit dimming and colour mixing on 4 separate channels and is fully rechargeable. Silent Disco International opens the Lowlands 17 festival on Thursday the 17th of August with a astronomical number of 6000 wireless headphones…… 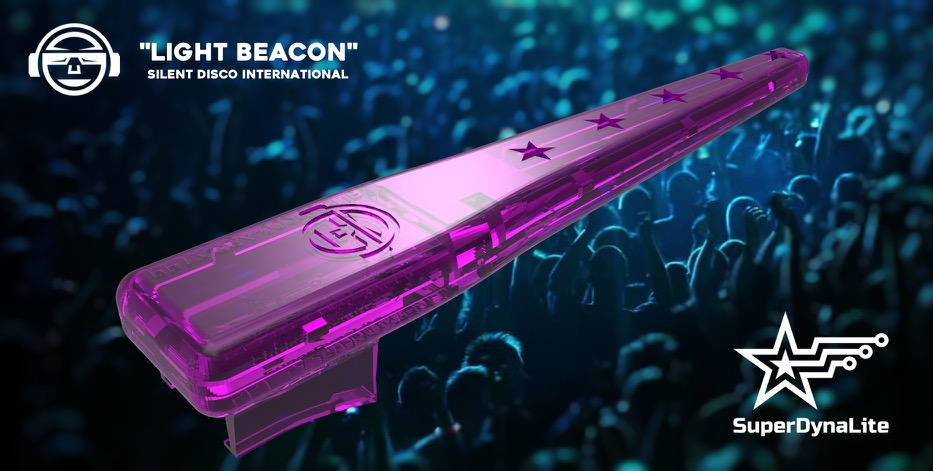 Silent Disco International launched their 360Cyclone this year at the Glastonbury festival. Office Broomer designed the 360Cyclone concept and was built by SuperDynaLite and Tiny Factory.
For 5 nights a solid team of 4 DJ's , one show controller and 2 supervisors launched a next level show. A big shout out to the fantastic local crew! 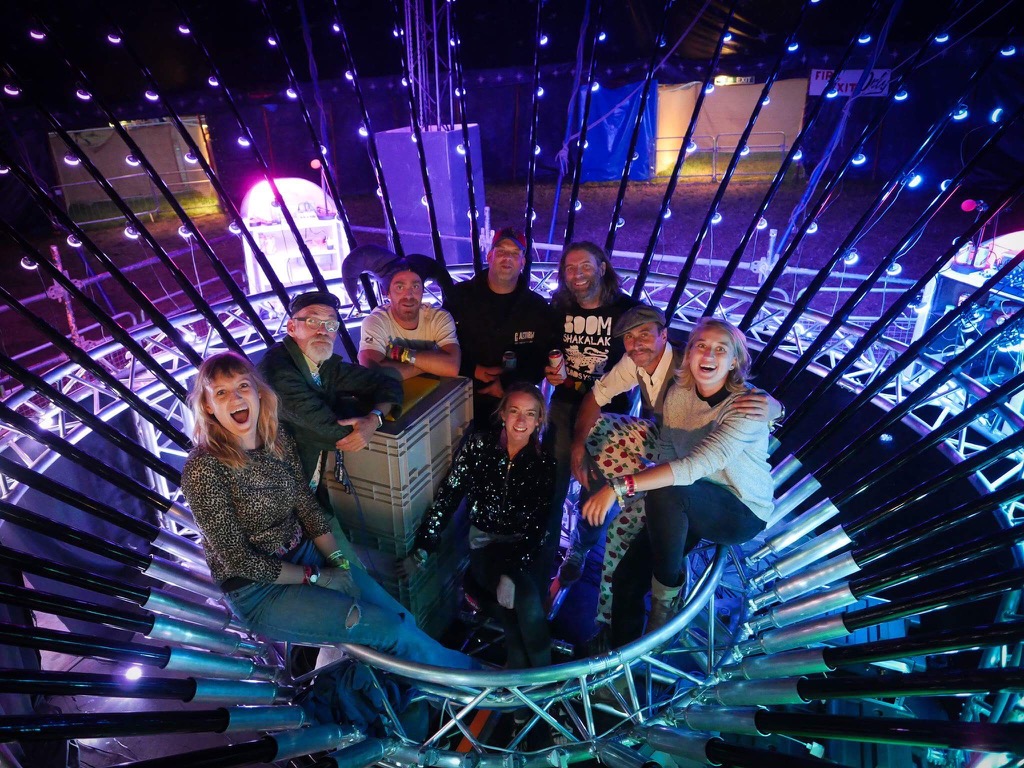 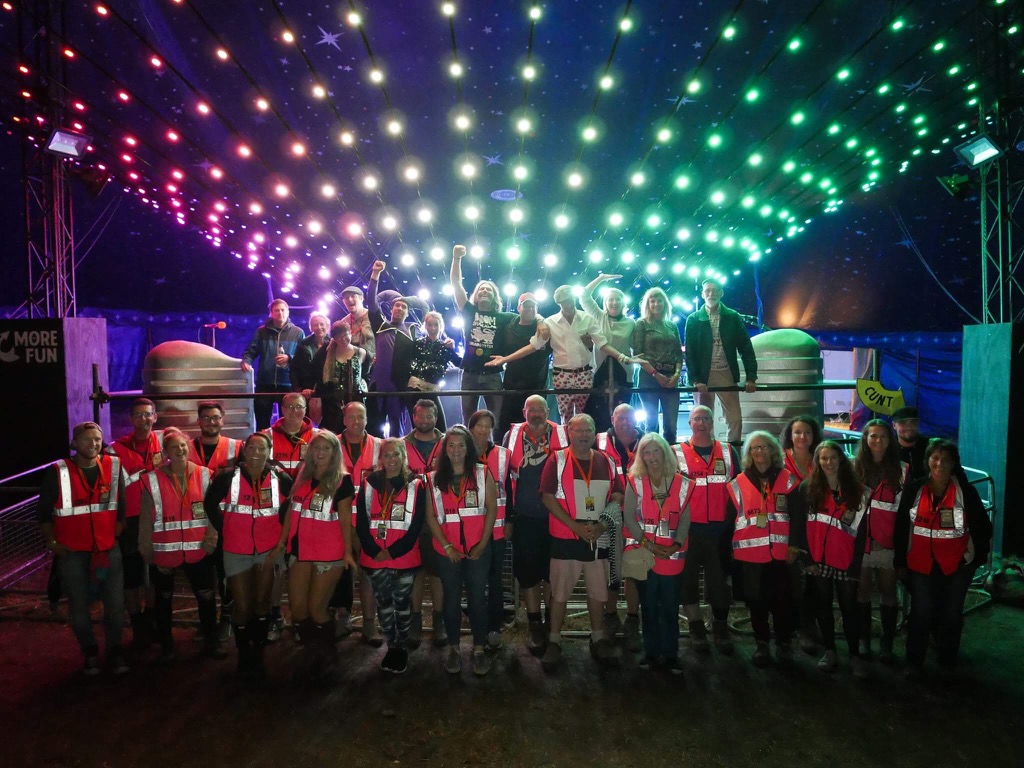 Working on the 360 Cyclone

Superbusy with SuperDynaLite to finish the awesome 360 Cyclone, that got it's debut at the Glastonbury festival, Here some pre-renderings from the final design of the controllers.
The 360 Cyclone is a concept we made exclusively for Silent Disco International and is built by SuperDynaLite and Tiny Factory. 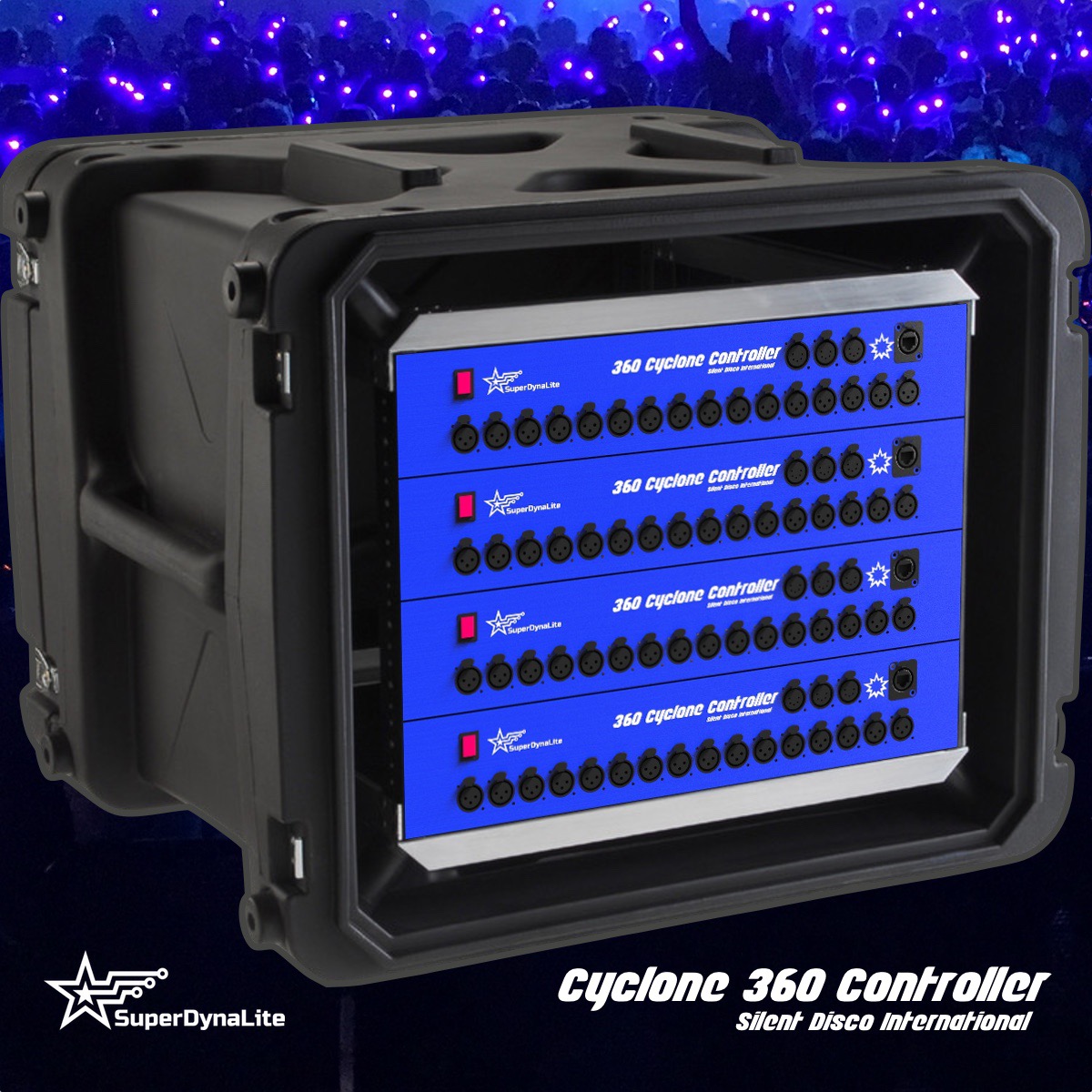 Let's do some giga 3D printing

After a long period of waiting , finally our 3D printer arrived. This monster is the perfect match to make prototypes of our 3D designs under the name Tiny Factory.
More about Tiny Factory to come later this year.

I was lucky to get buddy Bas around, somehow he always manage to open boxes with a magical touch 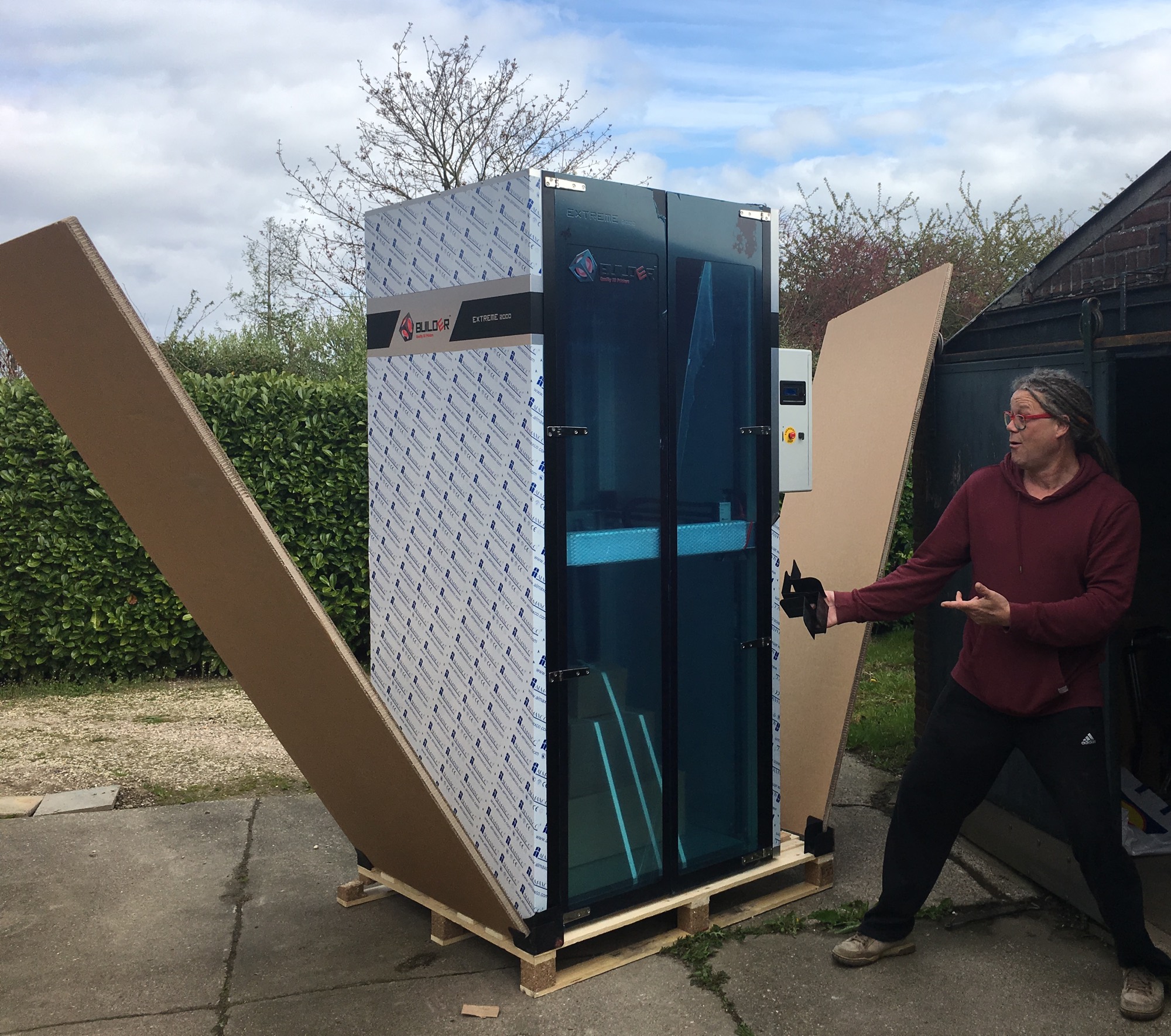 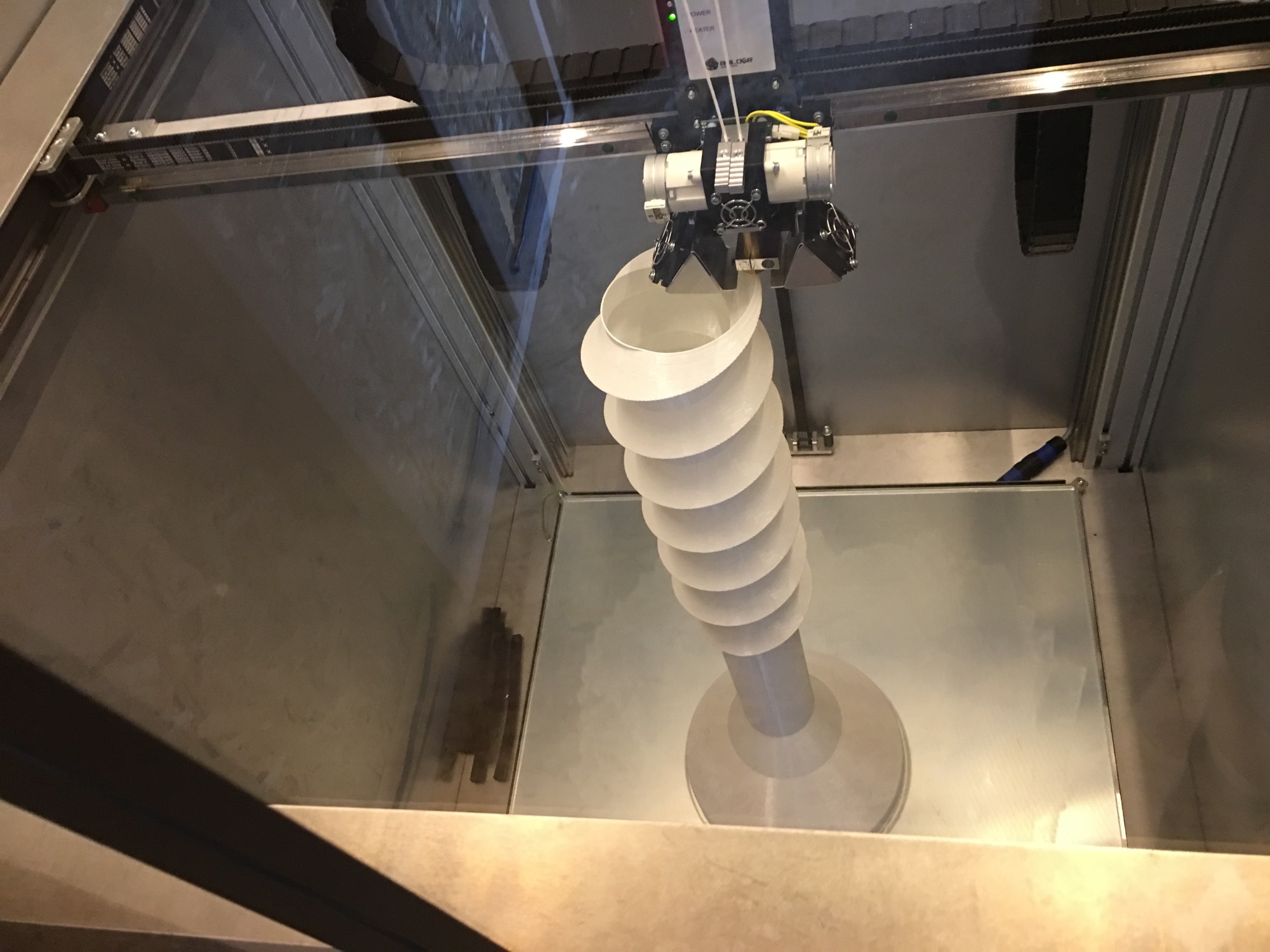 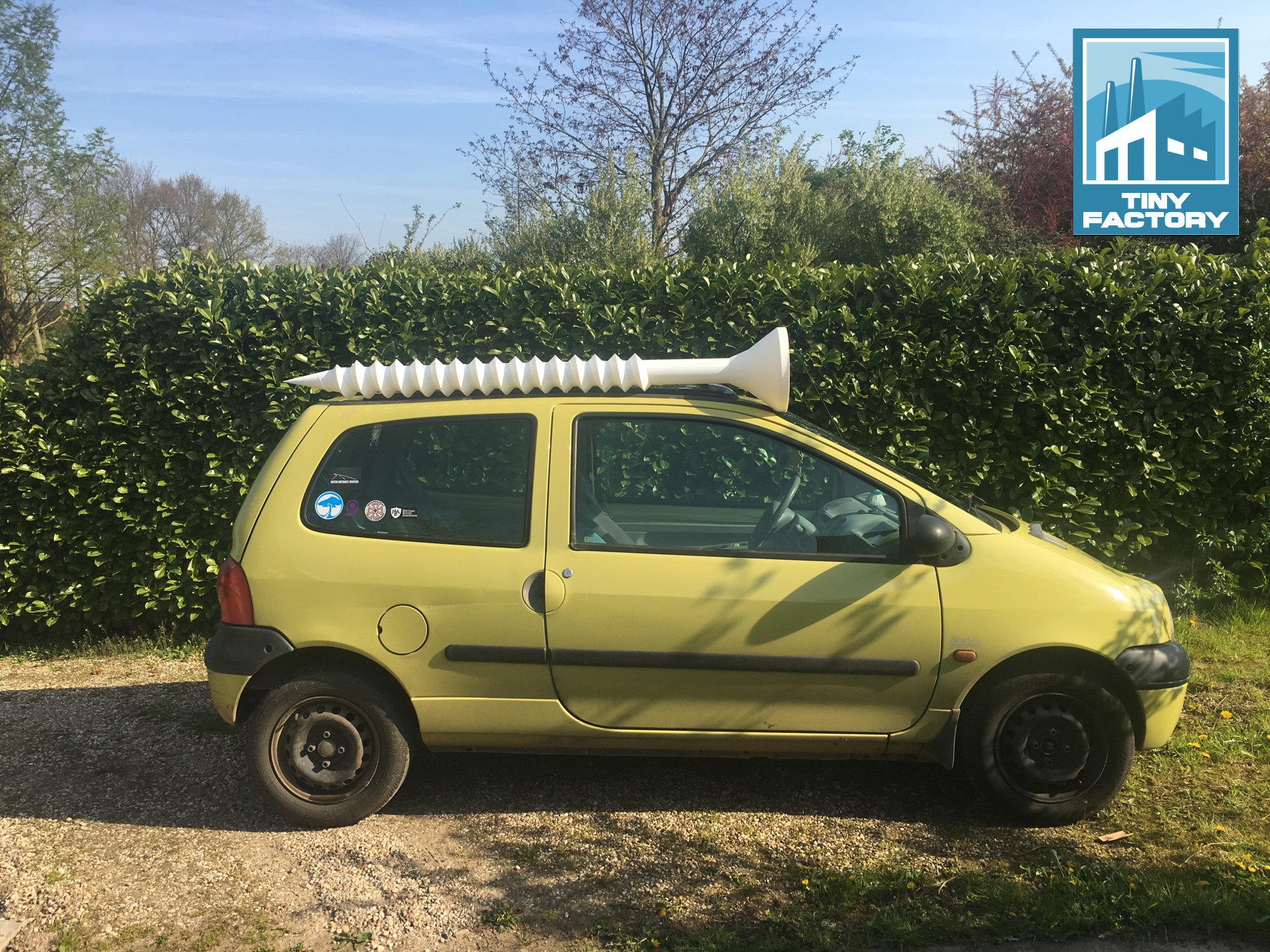 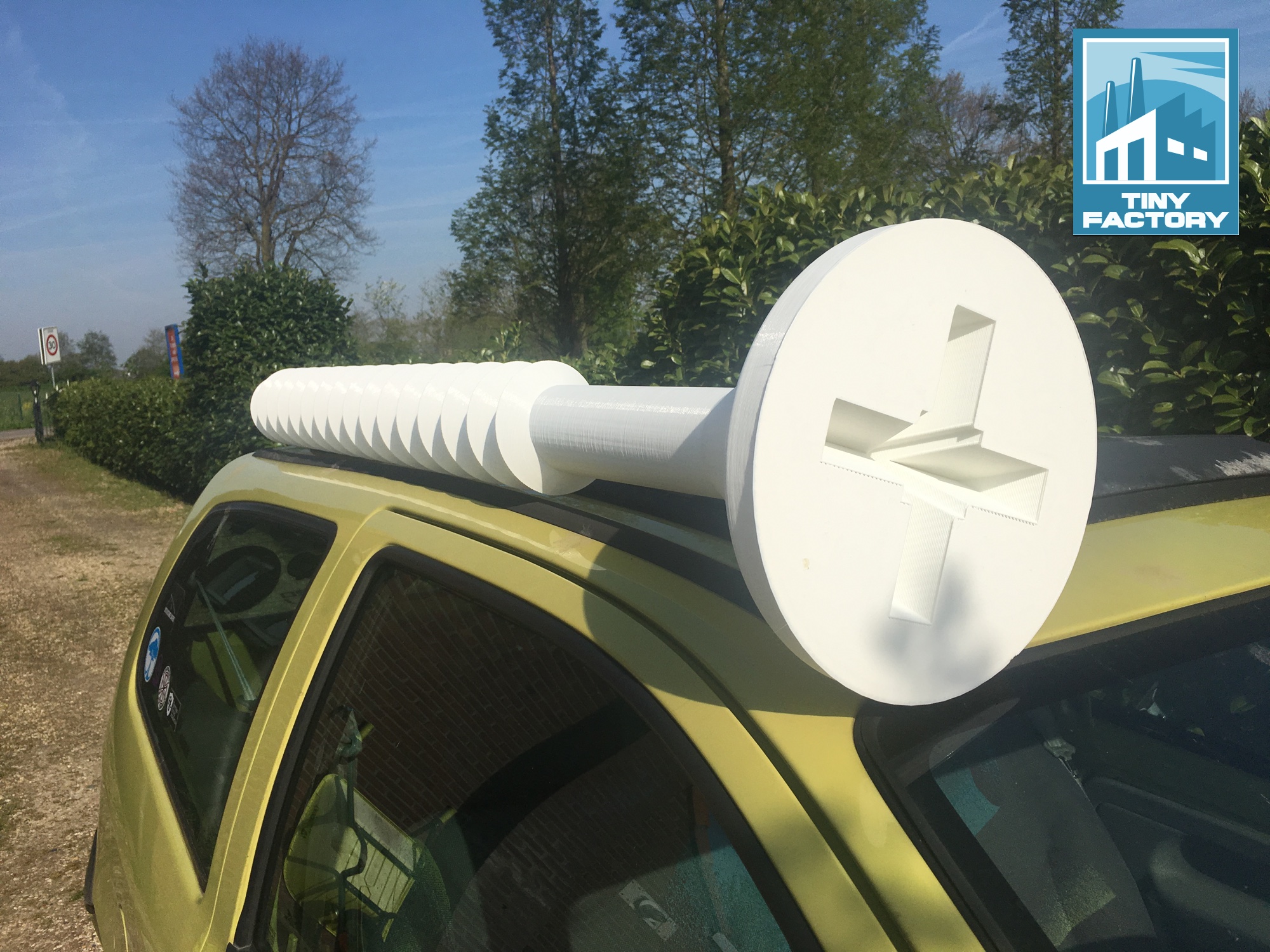 Dear viewer, our website uses cookies for Google Analytics and Vimeo.
This traffic is however anonymised and no user-identifying information is shared. We do not further track data. Using this website means you are OK with this.